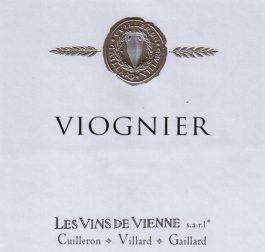 Beginning at Rhone’s northernmost point in 1996, this trio purchased and rejuvenated the old terroir of the vineyard of Seyssuel, located on the left bank of the Rhone, just 25km from Lyon, north of Côte-Rôtie.  It was Gaillard’s readings of historic writers that led him to Seyssuel, home to famed wines during the Roman era, the Middle Ages, and the 19th century.  Purchasing his first vineyard in Malleval in 1981, in addition to Les Vins de Vienne, Pierre now manages 77ha of his own vineyards through the estates that he created at Malleval, Madeloc and Cottebrune.

This wine is made from a parcel acquired in 2006 on the Ardeche hillsides of Saras. Situated at an altitude of around 300 meters, the vineyard is planted on a fine sand of decomposed granite, bringing about fresh characteristics.