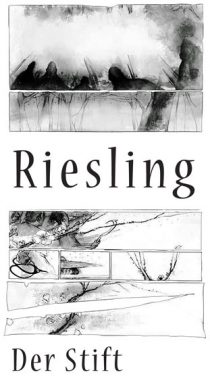 Two years in the making, the Riesling "Der Stift" is made by vintner Tilman Queins at P.J. Valckenberg, after he and Greg Reeves, our German Portfolio Director, tasted about 20 wines with various RS levels, before deciding upon this blend.

Established in 1786, The House of Valckenberg has since then been operating as wine merchants in  Rheinhessen, building and sustaining relationships with growers and wineries in the region.   With such a palate of vineyards at their fingertips, Valckenberg has deep roots in the largest wine producing region in Germany, with access to some of the best fruit in the country.

With gentle rolling hills, Rheinhessin is situated in the climatically favored large elbow formed by the Rhine river as it flows from Worms, in the region's southeast corner, to its sweeping bend around Maniz and west to its next turn at Bingen.  "Today Rheinhessen rivals Pfalz as the most exciting wine region in Germany," writes Hugh Johnson and Jancis Robinson.

The German term "Stift" refers to the town and village centers that dot the country, established to support the people's well being.