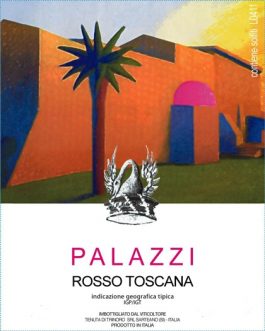 In 1992, he landed in the province of Siena, where Tuscany intersects with Umbria and Lazio, a remote region that hadn’t seen vines in years. Always a risk taker, Andrea planted Bordeaux varietals, in lieu of Sangiovese, at high elevations (500-700m) on the slopes of Mount Aniata. Then as now, he practices high density planting (approximately 9,000 vines/ha), and prunes heavily (60%) to produce low yields, while allowing the grapes to linger long on the vines for a growing season that can extend into November. Working with only free run juice and indigenous yeasts, Andrea’s production is quite small, totaling approximately 100,000 bottles a year.