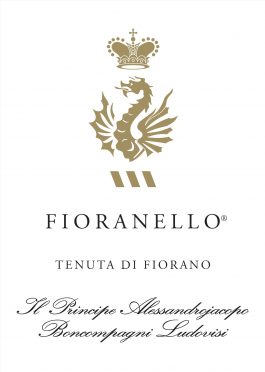 Located just a few kilometers from the center of Rome, Italy’s historic Tenuta di Fiorano resides between the Appian Way and the slopes of the Alban Hills. As a pioneer of organic viticulture in the mid-twentieth century, Fiorano continues the family traditions today.

The Tenuta di Fiorano estate is now owned by Prince Alessandrojacopo Boncompagna Ludovisi, who grew up on the property and was taught by his uncle, Prince Alberico, who passed away in 2005. With Tancredi Biondi-Santi and Veronelli as colleagues and friends, Prince Alberico pioneered in planting organically grown Cabernet Sauvignon and Merlot in the 1940’s and 50’s, along with Malvasia Candida and Sémillon. Currently, Prince Alessandrojacopo follows the historic principles of Tenuta di Fiorano.

So together, the two began to replant the historic (and organic) Fiorano Rosso vineyard in the exact location as before.  For Fiorano Bianco, a wine that never entirely convinced Prince Alberico, the latter insisted that the new planting be Grechetto and Viogner, rather than Semillon and Malvasia di Candida. The Fiorano Rosso remains the same Cabernet and Merlot blend as before.

In the winery, the same vinification methods take place in the exact same cellars (with old, indigenous yeasts); the same winemaker who has made the wines since the late 1960s alongside prince Alberico (the legendary bottles you often ready about) continues his work alongside prince Alessandrojacopo; and the vineyards are planted in the same locations and farmed in the same organic manner.