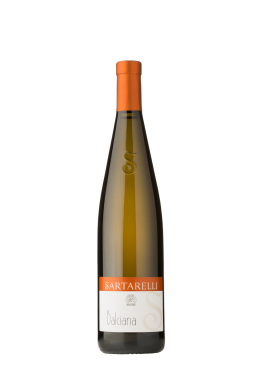 “Our own vineyard in Contrada Balciana is the origin of this wine. It is characterized by a small yield per vine stock and differently timed hand-picking. The time of the harvest can change depending on the course of the year and usually takes place from the beginning of November till the middle of the same month. During the grape picking time, extreme care is necessary (small crates) so as not to split the grapes which have reached the correct level of ripeness. This completes the first stage after which the normal techniques (with the exclusive use of stainless steel tanks) are adopted in the winery taking the same care so as not to ruin the preceding work.” - Winemaker’s notes