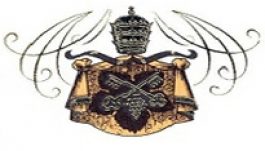 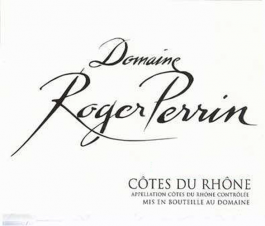 Vineyards have existed on the Roger Perrin property between Orange and Châteauneuf du Pape since the beginning of the 1900's. However, estate bottling only began in 1969 when the Domaine was founded by Roger who took over after his father-in-law's retirement; in 1980, the estate began to sell its wine under its own name: Domaine Roger Perrin.

In 1986 Roger died unexpectedly during the harvest, and his son Luc, a teenager who had studied enology and done an apprenticeship at Beaucastel, took over the domaine. Luc Perrin has steadily increased the quality of the vineyards and his wines and is now widely recognized as a rising star in Châteauneuf du Pape.

Luc's holdings include 40 hectares of vineyards in Châteauneuf du Pape, Cotes du Rhone and Vin de Pays de la Principaute d'Orange. Spread out over 72 individual parcels, each sub-plot has its own distinct “Mini Terroir”.  And while some of the vines are more than 100 years old, the average age of the vines is 60 years old; 85% of the vines are over 20 years of age. The Châteauneuf vines are planted on two types of soil. The first is a clay and limestone subsoil covered by the famous galets roules. The second type of soil contains much more sand and makes wines that show a little more aromatic and tannic finesse.