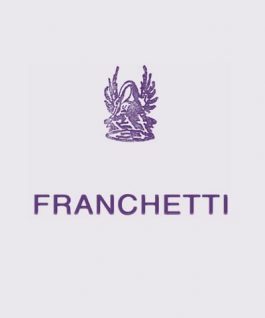 Before Andrea Franchetti visited Sicily in 2000, Mt. Etna’s profession winegrowing community had all but disbanded over the period between WWII and 1981. Commercial-scale viticulture could not overcome the cost of growing grapes in such an extreme terrain and climate, and the major 1981 and 1991/1992 eruptions of Mt. Etna were the ultimate disincentive to struggling growers from investing even further. However some vines of Carricante and Nerello Mascalese did remain viable on the terraces of Etna, even going back before 1900. Franchetti approached an owner of one neglected vineyard, and the owner settled for 1/5th his original asking price just to be rid of the property once-and-for-all.

Franchetti’s first Mt. Etna vintage came out of the 2001 with fruit grown on a rented vineyard of Nerello Mascalese at 1,000 meters. The resulting wine from the Nerello was too light for Franchetti’s preference, which typically leans towards more robust and extracted reds, so he supplemented the Nerello with another wine to produce 200 cases of a fuller-style red. Franchetti found that Nerello Mascalese often produced wines with notes of camphor and citrus that are the result of the volcanic lava soils, and the indigenous yeasts could prove temperamental. However just four harvests later, Franchetti’s relentlessly artistic personality fashioned a representation of Nerello M. that met Franchetti’s standards, stayed true to the typicity of the site, and even garnered some critical attention.

Passopisciaro’s success with a robust Petit Verdot blend, “Franchetti,” began in 2005 with the maturation of vineyard plots within the Guardiola contrada, where the Petit Verdot is planted with its blending partner, Cesanese d’Affile, between the Chardonnay and Nerello M. plots. The 2012 vintage is especially unique due to the unintended effects of clearing fires set near the vineyard by shepherds. One may find a subtle charcoal smokiness among the inky and dense aromas or concentrated, ripe fruits on the palate. While the contrade wines speak to specific sites on Mount Etna, the Franchetti wine reflects the vision of the winemaker to imagine a wine of dense concentration that shaped Aetnean wine rather than mirrored the past or accepted the constraints of the place.