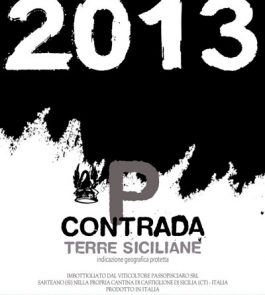 Andrea Franchetti’s first Mt. Etna vintage came out of the 2001 with fruit grown on a rented vineyard of Nerello Mascalese at 1,000 meters. The resulting wine from the Nerello was too light for Franchetti’s preference, which typically leans towards more robust and extracted reds and he supplemented the Nerello with another wine to produce 200 cases of a fuller-style red. The Nerello often produced wines with notes of camphor and citrus that are the result of the volcanic lava soils, and the indigenous yeasts could prove temperamental. Just four harvests later, Franchetti’s relentlessly artistic personality fashioned a representation of Nerello that met Franchetti’s standards, stayed true to the typicity of the site, and even garnered some critical attention.

The true stroke of creativity followed in 2008 when Franchetti decided to embrace the contrade. Each contrada on Etna reflects one of the old feudal properties as laid out in the local land registry, and the early 2000’s had ushered in a growing trend of isolating vineyards and releasing the resulting wines as “contrada wines,” a designation intended to be similar to crus. By 2011, Passopisciaro released five single-vineyard bottlings from each contrada: Rampante, Sciaranuova, Guardiola, Porcaria, and Chiappemacine. Today, these bottlings are named Contrada “G” or Contrada “S” to avoid confusion with the sites themselves.

Each of the contrade demonstrates remarkable complexity in terms of the Nerello Mascalese itself as the main grape of Mt. Etna, but perhaps more importantly for those who appreciate the nuances of terroir and the individual personality of each site. While the contrade can be considered in the same way as cru, each contrada is so vastly different, one could consider the contrada wines as extreme representations of what cru designations achieve. The extreme differences of vineyard sites are due to the ever-changing environment of a highly-active volcano. These distinctions are due to the various eruptions, spills and flows that result in five variables: soil minerals, grain size (sand, gravel, powder, and rock), altitude, individual lava flows, and irregular aspects.

“Dark red. Subdued aromas of of red berries, cherry, marzipan and sweet herbs. Then richer and riper on the palate than the nose suggests, displaying sweet red fruit, licorice and stone flavors. At once plump and juicy, this wine displays impressive delicacy on the rather long, high-acid finish.Contrada P stands for Porcaria, a cru located at 600 to 700 meters; Franchetti’s roughly 80-year-old vines face north.” — Ian D’Agata, Vinous Media, 91 Points