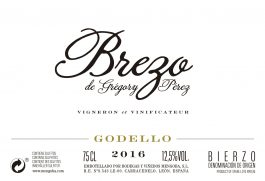 The grapes for the Brezo Blanco come from several plots.  Those of Valtuille and Villafranca are more clay based while the vines in Carracedo are stony and those in Espanillo are slate.