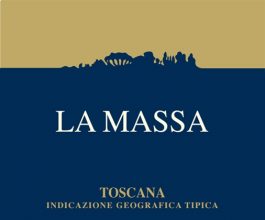 After spending time in Bordeaux, Giampaolo Motta left his family’s leather business behind in Naples and headed north to work in Chianti where he learned the art of winemaking.  Here and in Bordeaux, he developed the practices and philosophy that he would come to embody at La Massa, where Giampaolo owns 27ha of vineyards in the “Conca d’Oro”, “The Golden Basin”, of Panzano, Chianti.  Acquiring this ancient, hilly property in 1991, with its vineyards that have been farmed since the 15th century, Giampaolo gained a reputation with the release of his first vintage of Giorgio Primo, one year later.  Proceeding to produce two Chianti Classico wines until he decided to declassify in 2002, Giampaolo immediately gained and maintained a following.

In 1998, Giampaolo released La Massa, another Chianti Classico wine that he declassified in 2002.  Wanting the freedom to produce high quality wines that didn’t require specific percentages of Sangiovese, Giampaolo decided to produce IGT wines that were driven by La Massa’s terrior.  Nowadays, Giorgio Primo is a blend of Cabernet Sauvignon, Merlot and Petit Verdot, and La Massa consists of Sangiovese, Cabernet Sauvignon, and Merlot or Alicante B.

On the heels of receiving spectacular scores from the Wine Advocate, in 2008 Giampaolo hired his good friend of 15 years, Stéphane Derenoncourt, one of the most renowned winemakers in Bordeaux, to advise on vineyard management and in the cellar.  Working together with great respect for the earth and the fruit, Giampaolo and Stéphane practice “logical” agriculture, releasing Derenoncourt’s first vintage in 2009.  ”We employ sustainable methods in growing grapes: no artificial fertilizers, but rather green manure.  No herbicides, we use ‘sexual confusion’ as a pesticide, and very little spraying for peronospera,” says Giampaolo.  In the winery, they use natural yeasts, “since we have a high grape quality, very little sulfates for hygienic purposes of cleaning barriques and very little at bottling for conservation.  We have kept the ecological equilibrium of La Massa intact.”