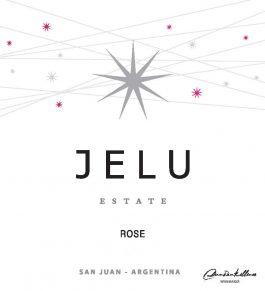 Jelu Estate was founded in 2002 and is located in San Juan, which is approximately 100 miles North of Mendoza. Duncan Killiner, the co-founder also makes the wine and speaks often of the distinctive climate of the Zonda Valley.

In the 1990's, Duncan worked as a "flying winemaker," consulting at wineries around the world. He worked over 80 harvests in ten years, traveling from Brazil to Mexico to Italy and Germany. He paused for a time in Uruguay until 2002 when he was offered a job in Mendoza.  After six months of working in Argentina, he realized the true potential of the terroir. And while 60-65% of the wine was consumed locally, Duncan knew the potential opportunity that export had in store for the wines of Jelu.

Jelu was established to promote Argentina's terroirs, Duncan sources organically grown grapes from a few regions, including the Zonda Valley in San Juan and Patagonia. The Zonda Valley is dry and hot with riverbed shingles and pudding stones that run two meters deep and radiate heat throughout the valley. This soil composition is quite extreme already, but the terroir is also transformed by temperature variations spanning 50 degrees over the course of a day in the height of summer. The grapes that are harvested in January (the southern hemisphere's equivalent of July) which is relatively early compared to other producers in the region. Duncan does this to ensure that the wines ferment completely dry with balanced levels of acidity and alcohol. The high-elevation glacial valley produces distinctive wines that are bright, lively and truly expressive of both Duncan’s passion and the San Juan region itself.