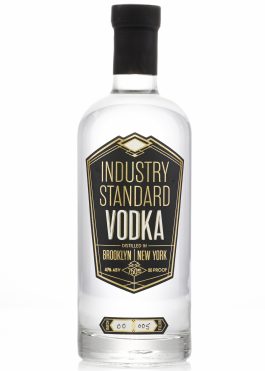 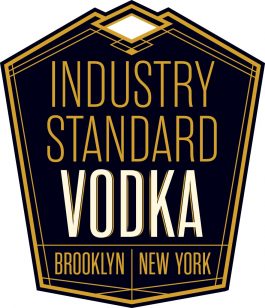 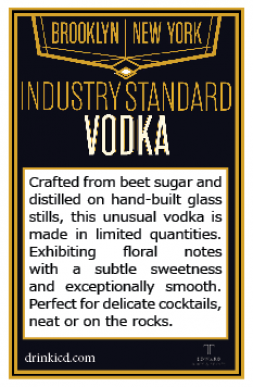 Inspired by the challenge of producing a clear spirit that has nothing to mask its flavors or flaws, the team at Industry City Distillery (ICD) chose vodka because "it was a great way to test our fermentation process," which was entirely designed and constructed by engineer Dave Kyrejko and machinist Zac Bruner. From the immobilized cell bio-reactor system to the encapsulated (yeast) balls of alginate to the still whose design was inspired not by other distillers but by the petroleum industry, there is no vodka more original than Industry Standard Vodka. As the latest venture of The City Foundry, which was originally a research and design group that consists of a group of five problem solvers, ICD resides inside the old Bush Terminal at Sunset Park in Brooklyn where the terroir of craft spirits lies in the distiller's unique methodology.

At ICD, the gallon-an-hour fermentation is followed by the employment of two stills: a continuous steam powered stripping still and a batch fractional reflux still, both of which allow for maximum control in the composition of their vodka. Focused on flavor production, ICD isolates then separates "as many flavors as possible, then goes through the arduous process of choosing what makes the best flavor profile." Unlike their commercial brethren, the team at ICD divides their vodka not just into heads, tails and hearts, but into 40 different parts which are then tasted before the final blend is determined. And while other distillers opt to remove the negative aspects of their spirits, through removal or neutralization, because of the precision exercised during distillation, no filtering here is required.