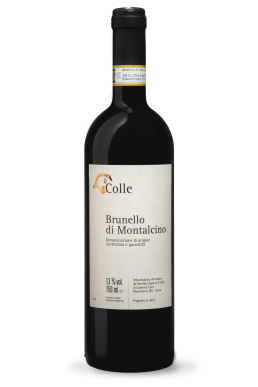 Gambelli was a legend. Il Colle employed him to express their vineyards to the utmost potential. The winery lies just outside of the old walls of the town of Montalcino. Il Colle was a convent turned farm, turned residence and winery by Alberto Carli in 1972 whose first vintage was 1978. The wineries logo is derived from a mysterious artifact unearthed in a vineyard about 20 years ago. It has been speculated that the object is of either Celtic, Etruscan, Roman, Moorish and even Martian origin.

For the wines, Gambelli’s legacy is evident, though his method was mainly about giving control back to nature. “You can only make great wine in the vineyard,” says Gambelli, “not in the winery.” The impeccable winery is housed with 5000 and 10000 liter barrels of Slovenian oak. No barrique here! The attention to the vine, the cleanliness and the lack of wood is evident in the wines and each vintage is as distinctive from others as two people are from each other.