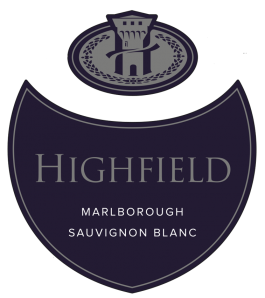 In 1935, the Walsh Family moved to Marlborough NZ from Ireland. They purchased their 365 acre farm and named it Highfield after an area near their original home in Galway Bay.

Al makes Highfield's classic Marlborough wines using only free run juice; the rest is de-classified.  He uses only a minimalist approach because when you have exceptional grapes, minimalism should be the chosen path.

In 2015, Al Soper along with partner Pete Coldwell, purchased Highfield Estate with Gordon Ritchie from TerraVin Wines.  The two wineries have merged to work collaboratively while maintaining their own styles.  The three are thrilled to have a stake in a commitment to Marlborough and its burgeoning wine industry, and to be carrying on the Highfield TerrVin legacy.

"Made in the traditional Highfield style. Meticulous grape selection and cold fermentation deliver an abundant spectrum of tropical and herbal aromas. This wine received extended lees contact, contributing depth, texture, and balance to the palate. Zesty citrus fruit and fresh tropical flavours combine in a complex layered wine with a lingering lime finish."