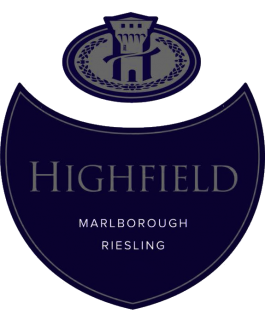 In 1935, the Walsh Family moved to Marlborough NZ from Ireland. They purchased their 365 acre farm and named it Highfield after an area near their original home in Galway Bay.

Al makes Highfield's classic Marlborough wines using only free run juice; the rest is de-classified.  He uses only a minimalist approach because when you have exceptional grapes, minimalism should be the chosen path.

In 2015, Al Soper along with partner Pete Coldwell, purchased Highfield Estate with Gordon Ritchie from TerraVin Wines.  The two wineries have merged to work collaboratively while maintaining their own styles.  The three are thrilled to have a stake in a commitment to Marlborough and its burgeoning wine industry, and to be carrying on the Highfield TerrVin legacy.

"This is a finely textured wine of exceptional definition and quality. Made in an expressive, fruit-driven style, it has a floral orange blossom aroma. The wine was was allowed to ferment until the perfect balance of sweetness and lifted lime acidity was achieved. Intense floral and citrus characters combine foe a lingering, fruity finish."