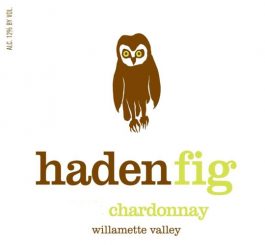 Erin Nuccio never had any intention of pursuing a career in winemaking. Instead, he was eagerly anticipating the start of culinary school and happened to land a job at a prestigious wine store in the Washington D.C. area. A passion for wine was soon ignited, and he became the manager of the store. Erin soon met Jordan, an aspiring veterinarian and romantic interest, and the pair moved to the northwest as Erin explored the distribution side of the wine business. It was to be the first stop on a journey that would eventually land the couple in the Willamette Valley.

Erin was fortunate to meet Russ and Mary Raney of Evesham Wood Winery. The Raneys took Erin under their wing and he worked three harvests there, developing his skills as assistant winemaker and consummating a long-time smoldering love affair with the Pinot Noir grape. Most significantly, he learned to craft wines with elegance and nuance, signature qualities of Evesham Wood wines.

As luck would have it, Erin's launch of his own label, Haden Fig, coincided with the outstanding 2008 vintage in Oregon. His hip label features a painting of a Northern Saw-whet Owl artfully created by Eli Halpin. Jordan Nuccio had become enamored with this owl while working at the Portland Audobon Society as a volunteer veterinarian. The Saw-whet Owl is a natural predator for small rodents in the vineyard, sometimes residing in nearby nesting boxes, and a symbol for sustainable agriculture. The name is derived from the sound of the owl's call which is said to resemble a saw being sharpened with a whetstone