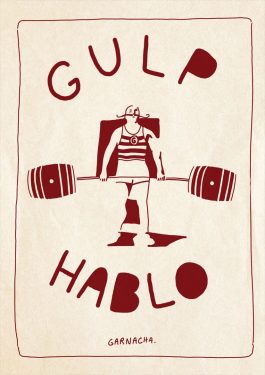 The Parra family’s pursuit came from the devotion of the three brothers (Francisco, Javier, and Luis) to find a sense of place in their home of La Mancha. They founded their property with the conviction to organically and biodynamically farm every vine under their care.

The Parra family works two large vineyards in La Mancha near the town of Las Messas (The Tables), totaling some 445 acres, or about 180 hectares. One of the vineyards is named Entresendas (Between Paths) and sits within the dried river bed. Entresendas benefits from the rich, alluvial soils, common to old river beds and perfect for the cultivation of grapes. The other vineyard is officially named Olla del Monte (Cooking Pan in the Mountain), but is known locally as the Cuesta Colorá because of the colorful scarpland soils of chalky clay covered in a fine layer of pebbles that hold the day’s heat well into the night.

For the Gulp/Hablo, the extremely gulpable wines, they tapped Juan Antonio Ponce of Bodegas Ponce to make the wine. With this partnership, they were able to create a wine that beats the competition without sacrificing on quality.