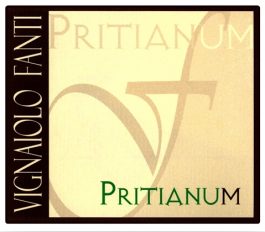 The winery and vineyards are located on the eastern side of the Adige River just north of Trento - an area greatly appreciated for the quality of the land: the altitude (300-500m), the exposition and the ideal microclimate perfect for cultivation of vines. The Azienda Agricola Giuseppe Fanti dates back to the 18th century and has been passed down from father to son. The first commercial bottling was done in 1972 when Giuseppe Fanti decided to invest in the local varietal, Nosiola, a rapidly dying type.

Currently the winery is in the capable hands of his son Alessandro, who manages the production from the vines to the bottle. It is fundamental to the Fanti to maintain impeccable quality; this is first achieved through low yields and very dense plantings. For a number of years now the vineyards have been slowly being replanted and are being switched to guyot and cordon from the traditional Trentino pergola to increase density. An aggressive green harvest and removal of foliage is used to further increase the quality and concentration.

Allessandro Fanti has worked passionately to enhance the image and popularity of the Trentino area; Pritianum is Alessandro’s expression of his best vineyards.