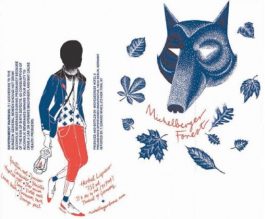 Michelberger Booze is what happens when creativity collides with tradition in the form of schnaps. A collaboration between Tom Michelberger and Nadine May, proprietors of the Michelberger Hotel, and Gerald Schroff and Dr. Ulf Stahl (aka “The Professor”) of Preussishe Spirituosen Manufaktur (PSM). PSM was founded in 1874 under German Emperor Wilhelm I as a research and training institute for the production of alcohol; its establishment was seen as a means of stabilizing potato prices, which through a series of harvest surpluses had begun to drop. The idea was to convert potatoes into alcohol, which was to be used as fuel. This task was overseen by chemist Max Delbrück, then a member of the German patent office, who established PSM as one of the leading institutions of fermentation and distillation science in its day. Delbrück had great faith in his knowledge and the capability of German ingenuity having stated, “With the sword of science and the armor of practice, German beer will encircle the world.” Under his guidance, PSM flourished and the distillery created “Eagle”-branded spirits that peaked in popularity around the turn of the century.

Of course, two world wars and an economic depression lay waste to the former glory of PSM. Distiller Ernst Dobislaw tried to revive the distillery in the 1950s with little success and it lay dormant for another fifty years before Schroff and Stahl took it over in 2005. Today, it is the last of its kind; Berlin was once home to over 100 similarly-sized distilleries.

Michelberger Forest and Mountain are faithful recreations of herbal schnaps recipes found in PSM’s archives. Mountain is a fresh and bracing schnaps redistilled with anise, sage, fennel, lemon balm, peppermint, cardamom, thyme, coriander, caraway and other botanicals, while Forest is an amaro-like spirit that incorporates gentian root, vanilla and more.