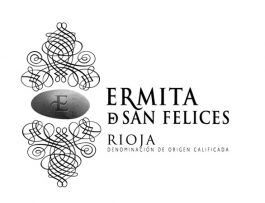 After working in the industry for 33 years, Santiago Ijalba Garcia established Bodegas Santalba in 1998, in the Rioja town of Gimileo. Obtaining his degree in oenology in 1974, Santiago was later joined by his son, Roberto, in 1997, after he’d finished studying at UC Davis in 1996. ”This is a father/son team,” says Jorge Perez, our South American Portfolio Director. ”They do everything hand-in-hand…These two winemakers represent two different generations.”

They have traditional style wines, Emirta; and Abando, which is the son taking over, introducing modern techniques.” Making wines under eight labels, including Santiago Ijalba Ogga, Viña Hermosa and Bodegas Santalba Abando, the Ijalba family has 20ha under vine, all of which is certified organic. The remaining fruit, they purchase from other growers…”My dad’s 63 years old,” says Roberto, “he’s been in the business for 46 years…he knows a lot of people, very good producers (from which we buy our fruit)…35-40% of which are practicing organic.”

In speaking of how Roberto and his father work together, he says, “Both of us look for the Rioja style. We believe that Rioja has a great name and quality. It has its own style. The difference [between father and son]? Maybe he’s more focused on balance and elegance, [while] I’m looking for an expression of the grape, Tempranillo. Not to make an international wine, but a more concentrated Rioja…not heavy. I studied at UC Davis, so my style is a little different.” In the winery, both father and son employ spontaneous fermentations. They use indigenous yeast from the vineyard, and never add artificial yeasts.

The Ermita White is made with indigenous grape of Rioja, Viura. The altitude of this vineyard is around 500 meters above sea level and it is influenced by Atlantic Ocean and Mediterranean Sea. This gives the wine very elegant acidity and bracing salinity on the palate.