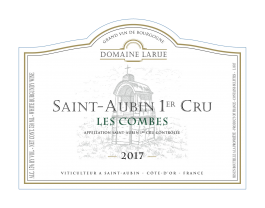 Some of the best and most-celebrated wines in Saint-Aubin and Puligny-Montrachet come from the 7 different premier cru climats of Domaine Larue. The winery was founded in 1946 by Guy Larue in the hamlet of Gamay, just behind the Montrachet and Chevalier-Montrachet slopes. Guy’s sons Didier and Denis now run operations alongside their respective children, Bruno and Vivien.

Domaine Larue produces direct, consistent wines vinified in a style both modern and one which draws on the family’s nearly 75 years of experience. The domaine’s holdings include high-elevation slopes on diversely varying clay and limestone soils facing south, southeast, and southwest. Total planting area is 11 hectares for white grapes (95% Chardonnay, 5% Aligoté) and 6 hectares for red (100% Pinot Noir). They have been experimenting with biodynamics, and certain parcels are farmed entirely as such. Larue’s red wines do a great job of balancing freshness and richness without losing power. The whites express the unique and beautiful style these areas are known for, with purity of fruit and crisp, flinty minerality.