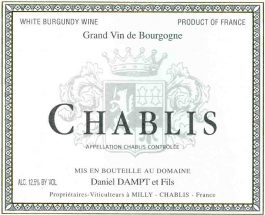 Vaillons is a significant Premier Cru classified climat of Chablis, located just south-west of Chablis town. The Vaillons slopes are predominantly south-east-facing, and are similar in their geological profile to the Chablis Grand Cru sites which lie just the other side of Chablis town, across the Serein Valley. The soils here are composed of light, sandy topsoil with the Kimmeridgian (limestone-rich) subsoil so characteristic of Chablis. In fact, the easternmost Vaillons vines are planted only 1.25 miles (2km) away from those of the prestigious Les Clos Grand Cru climat. Vaillons is separated from the Montmains Premier Cru climat only by a 1000ft (300m) strip of flatter, unclassified land. Together, they occupy a roughly rectangular area that accounts for a large proportion of Chablis Premier Cru production.

The construction of a newly built, state-of-the-art winery has allowed Vincent to take the quality of wines to the next level. Located on the outskirts of the small village of Milly beneath the Premier Cru Cote de Lechet, the winery features temperature-controlled stainless steel tanks that allow the wines to be fermented at a constant 18C. Its capacity allows for the production of 12,000 cases annually, from 30 hectares of vineyards split evenly between Chablis, A.C. and five premier crus: Vaillons, Beauroy, Cotes de Lechet, Fourchaume and Les Lys.

Daniel's, and now Vincent's philosophy is to evidence the superb characteristics that Chardonnay can display when grown on the famous Kimmeridgien clay. For this reason there are no barrels at the domaine. All the wines are aged in stainless steel tanks prior to bottling.