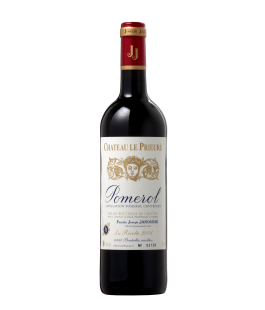 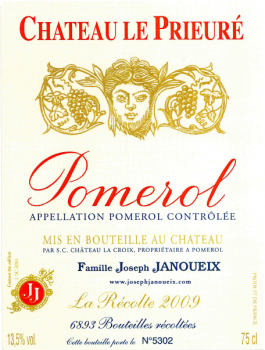 Le Prieuré is the second label of Château La Croix, an estate that has been in the Janoueix family for over 150 years. In the last 20 years the family has invested a lot in the modernization of the winery as well as the transition of the vineyards from conventional to organic farming. As of the 2009 the entirety of the production is certified organic by Ecocert. It represents 10 hectares and the annual production of Chateau La Croix is around 4,500 cases. The Chateau Prieuré is comprised of select parcels of younger vines as well as barrels that the family declassifies to this second wine. Annual production of Le Prieuré is typically between 500 and 900 cases. The Janoueix wines have been served for presidents and dignitaries during official state dinners.