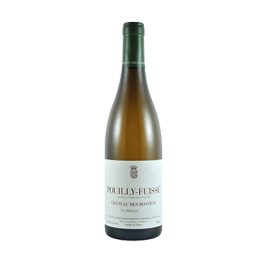 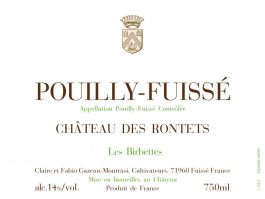 As a matter of fact, the very old vines of our Clos producing the Pouilly-Fuissé cuvée Les Birbettes have all lived much more than sixty years. They grow on an hectare composed of four plots: two of them were planted in the 1920s, right after the phylloxera epidemic, and two in 1945, at the end of World War II.

The main characteristic of the old vines is their capacity to set up a kind of "regulatory system" limiting the direct influence of the climatic conditions and allowing a regular growth during the warm season, so that the grapes can attain the best possible ripeness. Their bunches are always constituted by small berries and have a remarkably consistent potential within the different vintages. The wine produced with these grapes expresses more purity and verticality, and is distinguished by a saline imprint which we consider the clearest expression of minerality.

The vinification of Les Birbettes is made in 228 and 400-liter barrels from one to six years old. The wine is racked before the following harvest and assembled on fine lees for an additional ten months maturing in older barrels. A second racking is made to prepare the bottling, which is made without fining or filtration.

This is a cuvée which starts to express itself completely from the third year in the bottle, and becomes more and more complex during the following years. The good vintages of