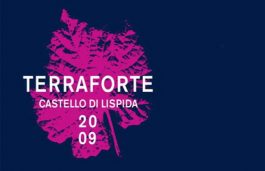 In 1150, the Monastery of Lispida was built on fertile soil, ideal for olives and vines.  Purchased by Earls Corinaldi in 1792, who constructed the current wine-cellar and began producing wine, Lispida became well-known throughout Europe.  During World War I, the Lispida Castle was headquarters to King Vittorio Emanuele, and by the end of the 1950’s, new vines were planted as pre-industrial winemaking methods were resurrected.  By the early 1990’s, Dr. Alessandro Sgaravatti was looking to revitalize the historic estate based on biodiversity and natural viticulture tending toward permaculture.  Making his first vintage in 1995, he released it two years later.

With a total of 220 acres, 16 acres are planted to vines and farmed according to the Principles of Natural Agriculture, a “do-nothing” approach that was established mid-century by Masanobu Fukuoka in southern Japan.  Working closely with growers Josko Gravner and Gianfranco Soldera as his colleagues and friends, Sgaravatti implemented ancient viticulture and natural winemaking.  With Gravner, who brought Ribolla cuttings from his vineyards in Gorizia, Sgaravatti grafted and planted 4,000m of vines. From Soldera, Sgaravatti took cuttings of Sangiovese Grosso from the Case Basse estate in Montalcino to plant on his volcanic hillsides in eastern Veneto.  At Lispida, the soil receives no treatment, to avoid upsetting the soil’s natural balance. Over 100 nests dot the farm, home to birds, insects and bats, to help the grapes ripen in “close to nature conditions”.

Constructed in the 18th century, the cellar includes 9 tunnels with the potential capacity of 25,000 barrels, which is one of the largest in Veneto.  Lined with terracotta bricks and un-plastered stones (trachyte), the cellar’s temperature is consistently maintained at below 18 degrees Celsius.  Employing only natural yeasts, Alessandro ferments his wines in open vat wooden containers or (as of 1996) in buried terracotta amphorae. Racking the wine at spring equinox, Sgaravatti then rests it on its skins for six months inside of the dolia, before removing the skins and leaving the wine to age until the following winter.