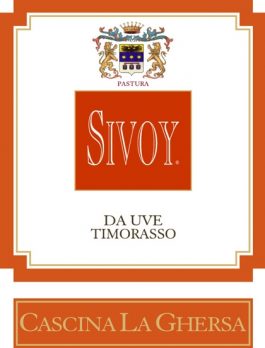 In 1920-25, Osvaldo and Luigi Bologna replanted their "Vignassa" vineyard with Barbera vines, which had been destroyed by phylloxera before World War I.  While Osvaldo continued to tend the family's vineyards, it wasn't until 1976 that they began building a new cellar in Moasca, Piedmont.

In 1989, Massimo Pastura began work in the winery with his father Giulio and his mother Piera (Osvaldo's daughter), producing the family's first vintage of the "Vignassa" in that same year.  Focusing his efforts on Barbera d'Asti, as the leading wine of the estate's production, Massimo helped expand the family's holdings up to their current 22ha, while researching the soil composition, the micro-climatic conditions and the clonal selections to find the maximum expression of this varietal through the local terroir.

Timorasso is a unique, distinctive and very authentic variety that only grows on the hills around the city of Tortona (Colli Tortonesi).  The Timorasso vineyards reach only 52ha and the grape is very old Piedmontese indigenous variety, which was almost lost to other varietals in the 1960/70s.