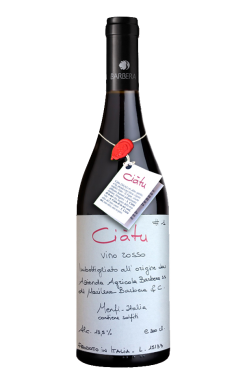 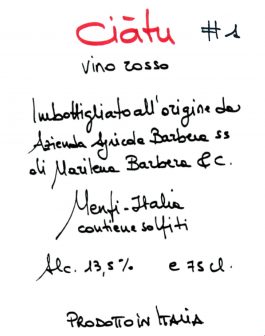 To understand the wines of Cantine Barbera, you need to see the ocean.  Vines that live this close to the ocean in south-western Sicily turn the sea brine into vibrant tasty salinity.  A third generation farmer, Marilena Barbera farms the Inzoila that her grandfather planted in the 20's, just as she attends to the native varietals that are the new frontier of her own generation: Perricone, Nerello, Alicante, Nero d'Avola and Grillo.

From vineyards that enjoy mild winters, warm dry summers and great diurnal temperature variation, the berries are ripe and sweet and smell of sunshine and gentle Mediterranean wind.  Here, there are three different areas where Marilena farms: "vigne in costa" where Inzolia and Nero d'Avola is planted to soils that are deep and calcareous with plenty of limestone; "vine al pozzo" which is in the heart of Belicello, where international varietals, along with Perricone and Nerello Mascalese are planted to fertile and rich alluvial soils made by clay banks; and "la vota", which is planted to Cabernet Sauvignon in soils of yellowish alluvial sands that also contain a good clay silty fraction.

Employing only indigenous yeast, Marilena uses a small wooden 44-pound press to manually 'squeeze' her grapes. Spontaneously fermenting, the fruit sits with skins and stems before the juice is pressed and poured into the tank where it begins its official fermentation.