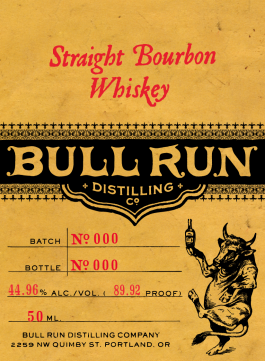 Before Bull Run became a distillery, they were tracking down barrels of whiskey and settling themselves up as merchant bottlers. From these travels came Bull Run Straight Bourbon Whiskey which started as a small one-off project but quickly became the anchor of the Merchant Bottling Expressions. Bull Run’s Straight Bourbon Whiskey is selected from a stock of four year old whiskey before getting proofed down with water from Bull Run Reservoir and bottled.