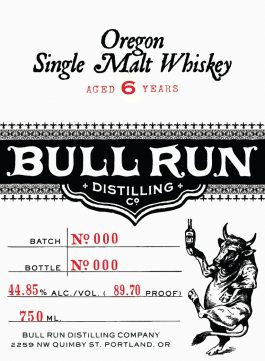 Bull Run Distillery began with the goal of making a truly Whiskey. A whiskey that would reflect the place where it is made and the influences that guided its vision.

Their goal was to create nothing less than a new style of American Whiskey. The Oregon Single Malt Whiskey is made from 100% malted barley from the Klamath Basin and brought up in new American oak barrels influenced through the years by Western Oregon’s four distinct seasons. This whiskey is the culmination of the combination of grain, wood, time and Portland.