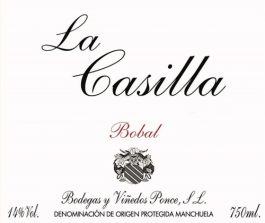 The winemaking process begins with hand harvesting. The bunches of grapes are then chilled to 8°C and fermented whole-bunch, with the stems, in a type of fermentation known as “remango,” which was once popular in Rioja.

Juan Antonio Ponce worked as the right-hand man to Telmo Rodriguez at Cia de Vinos Telmo Rodriguez for 5 years. During this time he was in charge of winemaking, vineyard management, etc. His father, who owned some land in Manchuela, decided to start this project with him.