Wigle is a family operation restoring the proud Pennsylvania tradition of distilling rye whiskey in the same style as their forbears – using local organic ingredients and a copper pot still.

After the Whiskey Rebellion of the 1790s, Pittsburgh continued to make the country's whiskey. By 1808, Allegheny County was producing half a barrel of whiskey for every man, woman and child living in America. At this time, the gold standard of American whiskey was a spicy, earthy Rye Whiskey called Monongahela Rye. At the height of Whiskey making in Western Pennsylvania, there were 4,000 documented stills. Today, Wigle Whiskey is the only whiskey distillery in the region and was the first distillery in the City of Pittsburgh since Prohibition.

Wigle is a family owned and operated lark. The distillery became operational in December of 2011 and opened to the public in March 2012 after two years of lobbying to change the state laws to allow for an on-premise model of craft distillery to exist in Pennsylvania. In 2015 & 2016, Wigle was the most awarded craft whiskey distillery in the US by the American Craft Spirits Association and has won Best in Category Craft Rye Whiskey (2015), Best in Category Wheat Whiskey (2016), and Best in Category Genever (2016), in the same double-blind competition of hundreds of whiskeys from around the country. Wigle devotes an enormous amount of resources to innovation and makes each of its dozens of spirits, including Whiskeys, Gins, Honey Spirits and Bitters, grain-to-bottle from local, organic ingredients. Wigle never, ever purchases spirits from bulk suppliers. 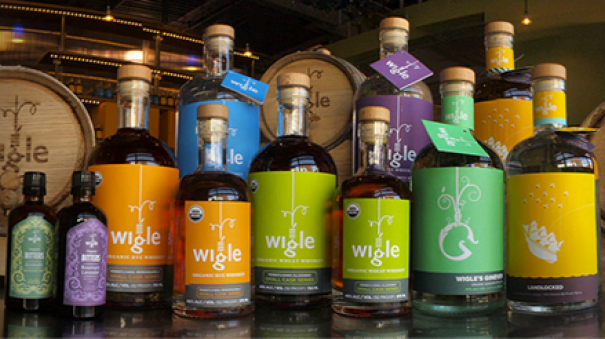