The estate of Joseph Cattin based in the heart of the Alsace vineyards at Voegtlinshoffen. Because the vineyards lie on the foothills of the Vosges, the altitude of the plots varies from 200 to 400 m. Most of them face the south-east and thus get maximum sunlight, which makes the grapes incomparably ripe and complex.

The Cattin family are of Swiss descent and trace their arrival in Alsace to around the year 1720. The family settled in the village of Voegtlinshoffen 10km south of the Alsatian wine capital of Colmar. The Domain is named for Joseph Cattin who was renowned for his pioneering work in grafting, and is widely credited for saving some of Alsace's best vineyards from phylloxera.

Today the Estate is run by Jacques and Jean-Marie Cattin as well as the latest generation, represented by Jacques Jr. As one of the largest family-owned estates in Alsace, the Cattins own 65 hectares of vines planted to all the traditional Alsatian varietals, as well as two separate wineries, one of which is dedicated solely to the production of their incredible Cremant wines. The vines are located in the prestigious Upper Rhine and are planted on the mostly SE facing slopes at the base of the Vosges Mountains ranging from 200-400 meters in altitude. The soils vary considerably from compositions of gravel, granite and marl to clay, limestone and sandstone. Most of the Cattin estate vineyards are over 60 years old.

The most special of these vineyards is the Clos Madelon. It was the site of a major battle during WWI during which it was destroyed. The vineyard lay fallow until 2000 when the Cattin family purchased it. It was a mythical vineyard in its day because it is among the highest vineyards in Alsace at an altitude of 425 with a terroir of red ferruginous soil that isn't found anywhere else in the region. Lastly, all 8.12 hectares were planted solely to Pinot Gris. This was and still is an anomaly among Alsatian vineyards that are typically interplanted to many varietals. The Cattin family wanted to preserve this history and therefore replanted it in 2000 to nothing but Pinot Gris. 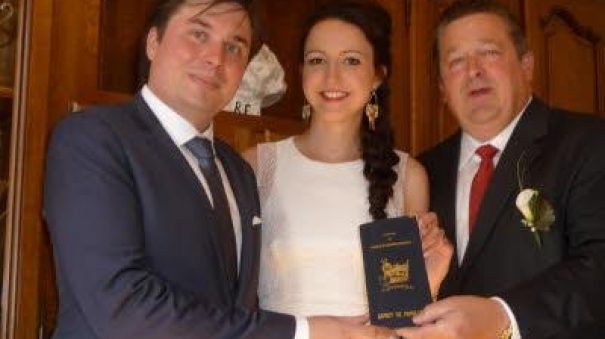