Sitting atop Portugal, between the Atlantic and Castilla y Leon, is the region of Galicia, home to five Denominacion de Origens. There are five subzones in Rias Baixas, the most famous D.O. in Galacia including Salnes on the west coast, which is home to Bodegas Gerardo Mendez and Do Ferreiro

Do Ferreiro's proximity to the Atlantic, the climate here is cool and wet. This, in addition to the granite dominant soil, helps create ideal conditions for growing whites, including Albarino, which accounts for 90% of the region's vineyards.Sitting at 150-250m, the vineyards at Meano/Saines Valley contain Albarino vines that are 200+ years old. Fermented in stainless steel and aged on the lees for 12 months, the Do Ferreiro Albarino Cepas Vellas sings high notes of slate minerality, bosc pear, and white petaled flowers. With searing saline acidity, the Albarino Cepas Vellas  fills the mouth while remaining long and lean.

Both vineyards at Do Ferreiro—one over 50 years old and the other over 200 years old—were purchased by the Mendez family in the 1950s. Gerardo Mendez, who currently runs Do Ferreiro (founded in 1973), owns five hectares of vineyards, which he cultivates without the use of pesticides and non-organic fertilizers. With eight plots of Albarino, Mendez ferments each plot separately, employing indigenous yeasts, before blending to produce Do Ferreiro Albarinno. 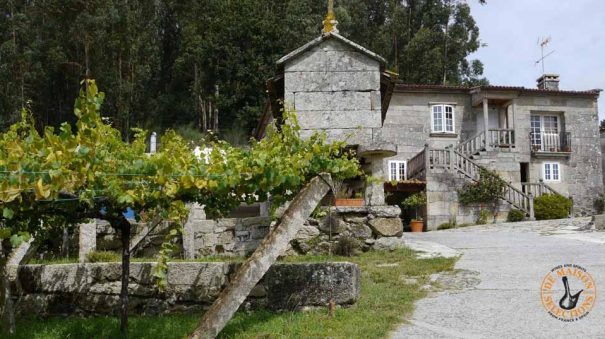