As local as local gets, Carlone—who has never been on a plane—has held tight to the tales of times past. Since the late 80’s, he has moonlighted to keep Boca alive, clearing woods and planting more and more Nebbiolo and Vespolina—a passion that predates those of a determined Swiss wine merchant and colleague who began to resurrect Le Piane in the late 1990’s.

Crafting natural wines, Carlone has been the guiding light of Boca, offering advice and growing for others while the appellation slowly gained traction. Today, he keeps a bit more of his grapes and finished wines for himself. The Croatina spends a year in cask and the Boca nearly four, with minimal racking. Both Croatina and Nebbiolo are utterly unique expressions when grown in Boca, in part because the soils and bedrock are primarily volcanic porphyry, which is an appellation specific trait because the hills of Boca are the remnant of a once active volcano. 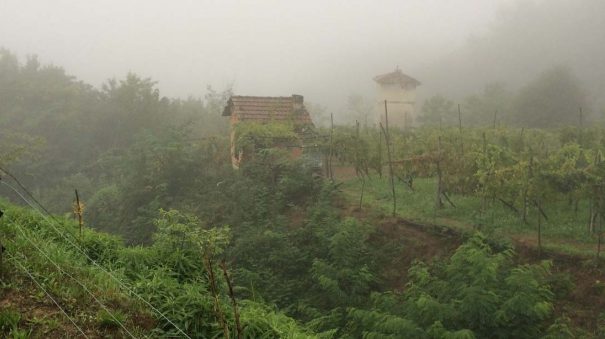